The third CD out of the bag 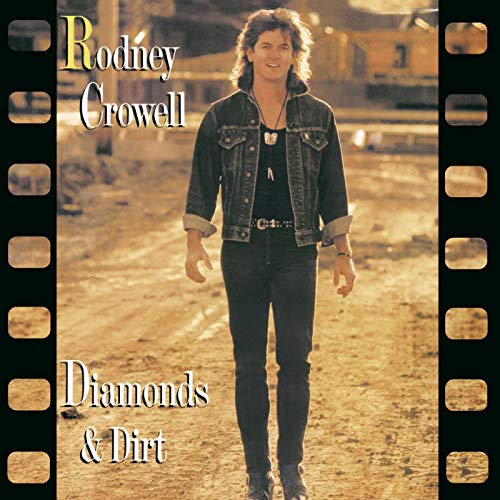 I consider Diamonds & Dirt to be one of country music’s greatest albums and Rodney Crowell to be one of its greatest singer-songwriters. Released in 1988, Diamonds & Dirt shows Crowell at the height of his popularity as the album spawned five number one singles, including the Grammy winner for Best Country Song, the heartfelt “After All This Time.” Highlights include the fun honky-tonker “She’s Crazy for Leaving”; a cover of the Buck Owens hit “Above and Beyond”; a sweet duet with Rosanne Cash, “It’s Such a Small World”; and the powerfully understated “The Last Waltz.” If I had to list my top five albums of all time, Diamonds & Dirt is definitely on that list.

No surprise here. “After All This Time” is my favorite song because of the pure poetry and power of the lyrics. Crowell sings about a love he will never forget or never stop wanting, and he doesn’t waste a word with this masterpiece. Every line is Shakespeare. “After All This Time” hits you in the heart with its nostalgic poignancy, but what elevates the song to true greatness is Crowell’s singing. He delivers the vocal with a vulnerability that aches with honest remembrance and sincere regret. It’s just perfect.

Hey, I could never let you go,

A broken heart that heals so slow

Could never beat for someone new

While you’re alive and I am too.

8 thoughts on “Chapter Three: Which CD will it be?”