The fifth CD out of the bag 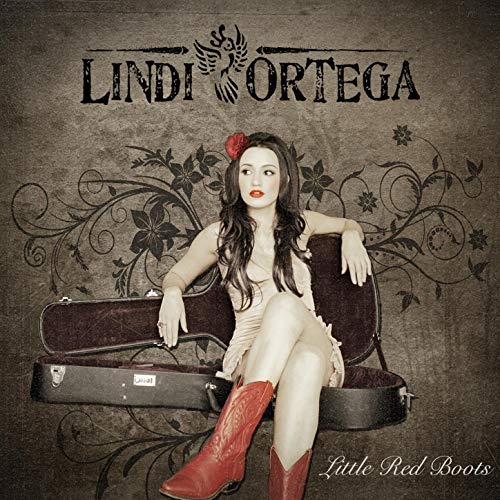 Lindi Ortega is my favorite discovery in the country music of the last decade. Released in 2011, Little Red Boots announced her arrival to the country music scene. It’s an album of contradictions. It’s tough and vulnerable. It’s inspiration and desperation. I loved it from the first time I heard the sassy opener “Little Lie.” Little Red Boots is the first of a string of four albums Ortega released between 2011 and 2015 with Last Gang Records. I can’t think of any artist in any genre who released four consecutive albums in that time frame as consistently outstanding as Ortega. Talk about the creative juices flowing. Highlights on Little Red Boots include the Dolly Partonesque “Blue Bird,” the rollicking critic’s kiss-off “I’m No Elvis Presley,” the sauntering swagger of the title track, and a rocking ode to “Jimmy Dean.”

My favorite song is “Angels.” It’s a manifestation of the fragility in “I’m So Lonesome I Could Cry,” the classic Hank Williams weeper. The narrator in “Angels” is heartbroken and alone, looking forward to the day when the angels will be by her side. The opening line is straight honky-tonk tearjerker no chaser (“Well, I think I’ll drink myself right back to sleep”), but she doesn’t cry in her beer. In fact, she sounds hopeful thanks to her faith in angels. Depressed but hopeful. Like I said, it’s an album of contradictions, just like life and love.

“I will be lonely till the day I die.

Then all the angels will be by my side.”

Chapter Three: Which CD will it be?

Chapter Four: Which CD will it be?

6 thoughts on “Chapter Five: Which CD will it be?”