The second CD out of the bag 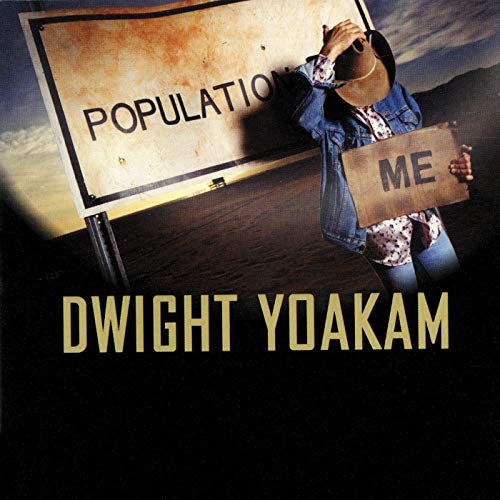 Dwight Yoakam is an all-time favorite country music artist of mine, so I’ll be pulling a few of his CDs out of the bag. Released in 2003, Population Me is sadly the last studio album of original material that Dwight created with his long-time producer/guitarist Pete Anderson. The album features a depressing duet with Willie Nelson, and none of the singles cracked the top 40 of the Billboard Country Chart. Highlights are the Haggardesque ballad “Fair to Midland,” the banjo-inflected despair of the title track, and the honky-tonker “I’d Avoid Me Too.”

“The Back of Your Hand,” penned by Gregg Lee Henry, is a clear favorite of mine. It’s an acoustic and underrated country music gem backed by haunting and dramatic strings with Dwight’s vocals at the top of their game. The lyrics are sheer poetry about a man who realizes (possibly too late) that he’s losing his woman to someone else even though they know each other like the backs of their hands. The line where he reminds her that he knows what she takes in her coffee is just so beautiful and so desperate and so devastating all at the same time.

You think you’re lost without any place left to go,

Like you need one of those kisses long and slow.

First glance is not what it seems,

But there’s some things that I just know,

Like you take two sugars with a splash of cream …

9 thoughts on “Chapter Two: Which CD will it be?”